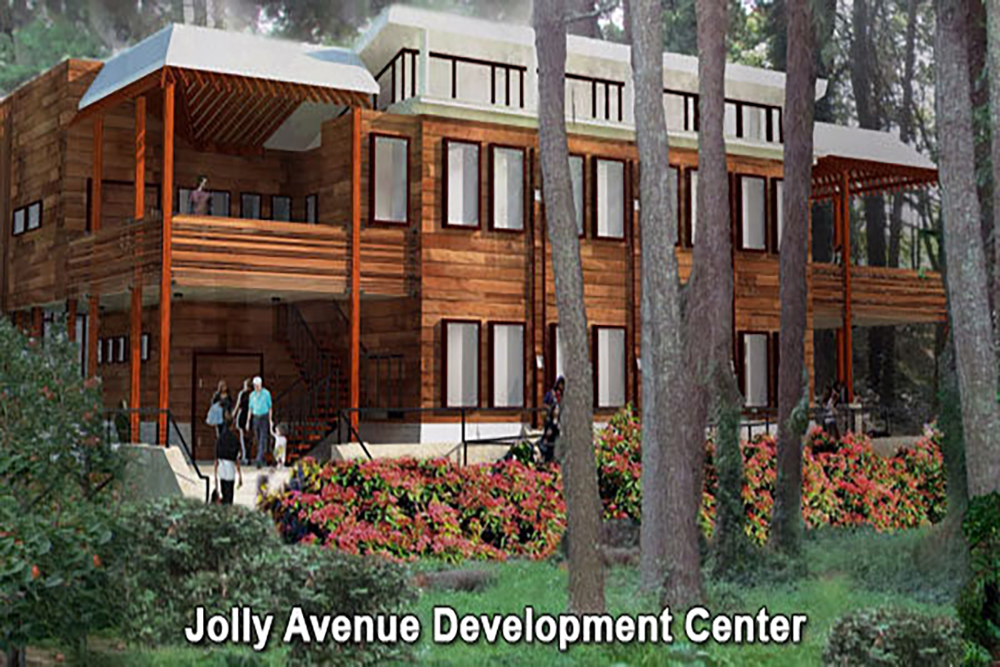 Each year, some 1,500 refugees start life over in Clarkston, GA. Known for its diversity, Clarkston is often referred to as the “Ellis Island of the South” and has been called “the most diverse square mile in America” by the New York Times Magazine. As the refugee population in Clarkston grew, Friends of Refugees (FOR) was founded to “empower refugees through opportunities that provide for their well-being, education, and employment.”﻿
‍
After over a decade of strong growth for Friends of Refugees and a desire to better serve the community, the idea for the Jolly Avenue Development Center (JADC) arose as a way to more sustainably provide space for critical opportunities and success. The facility was envisioned as “a place that is inviting and welcoming to the immediate area’s residents. ﻿
‍
Designed through the community’s input and fueled by its own economy, the JADC will be the most operationally affordable building of its kind in the United States. Featuring groundbreaking innovation in affordable environmental design and construction it will set the stage for demonstrating to the nation that ultra-low operating cost, sustainable buildings are possible at code-built cost levels.﻿
‍
ViZZ is partnering with Friends of Refugees to make the JADC the smartest building in the nation. The project starts with the creation of a virtual representation of the Jolly Avenue Development Center before construction even begins. This “virtual building” is used through the design and construction process, greatly improving information transfer and collaboration, while continuously collecting and relaying information throughout the entire life-cycle of the building itself. As time passes, the building ultimately becomes what the inventors of ViZZ call “self-aware,” increasing value to the occupants and community. ﻿
‍
“Our partnership with ViZZ will help us shift the conversation from whether organizations, institutions, and businesses “can afford” to build a green building, to a realization that, by every measure, they cannot justify anything else. Through ViZZ, the JADC becomes its own classroom, informing people within and outside the building about itself and its changes, uses, maintenance, events, and impact in the community, all through an intuitive, visually immersive virtual model that’s easily accessible by both child and adult,” said Brian Bollinger, Executive Director, Friends of Refugees.